CHARLOTTESVILLE, VA. USA. August 11th 2017. Members or the Alt-Right led a torch march thru the grounds of the University of Virginia, the night before of the scheduled big rally.

The rally occurred amidst the backdrop of controversy generated by the removal of Confederate monuments throughout the country in response to the Charleston church shooting in 2015. The event turned violent after protesters clashed with counter-protesters, which combined with the subsequent vehicle-ramming attack left over 30 injured. (wikipedia) 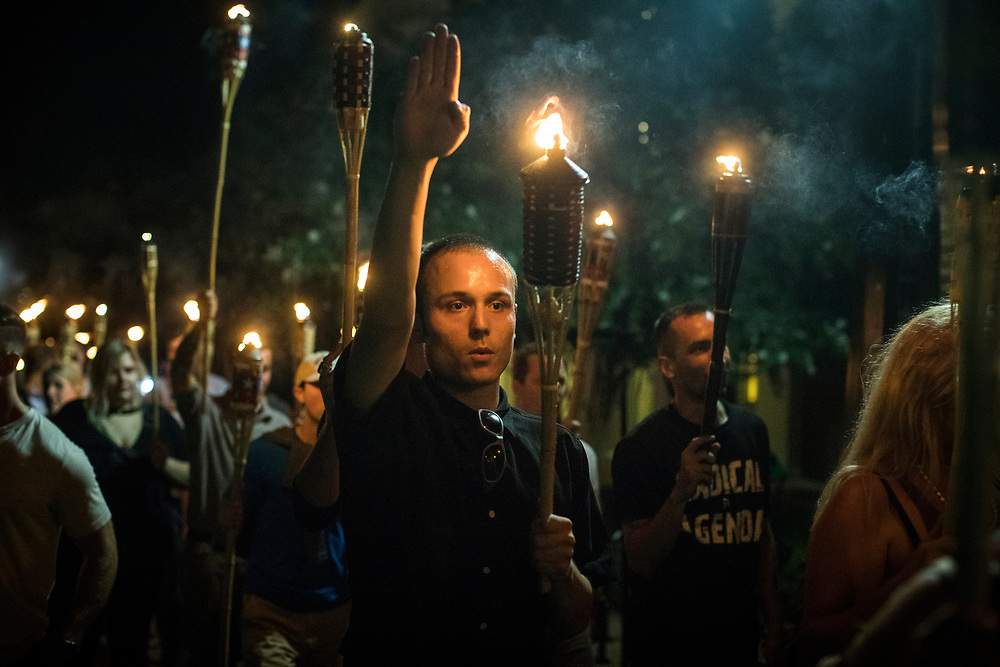